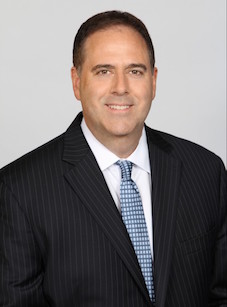 Joseph is a founding partner of BGA Insurance Group. Joseph wanted to form a broker agency that could grow to over 100 quality agents who want to achieve the same common goal…a career based on integrity and commitment in assisting seniors achieving their financial and retirement needs.

Before Joseph helped establish BGA he had over a 20-year career in various sales positions and the cable contracting field.

Joseph is a 1984 graduate of William Floyd High School in Long Island New York. After graduation, he had mild aspirations of a career in law enforcement and enrolled in courses such as police science and criminology for two years at Suffolk Community College in Selden New York. Joseph scored well on the New York City Police exam and then went through the process of a physical and background investigation.

In 1986 after some serious thought Joseph decided law enforcement wasn’t something he desired so he changed gears and decided to enter the field of the cable sub-contracting industry for various cable television providers on Long Island rebuilding their cable systems.

In 1989 at age 22 Joseph was recruited by a Nationwide cable contracting firm in New Jersey as a project rebuild manager. He was the company’s youngest hire at that position. His responsibilities consisted of overseeing a team of contractors rebuilding cable systems throughout the United States. His first task was to rebuild a cable system in Ironton Ohio in the summer of 1989.

It was his job to recruit the contractors, locate an office and warehouse space, locate living quarters for the contractors, hire a secretary, stay within the budget of the job for the completion of the project, and oversee the day-to-day production. The rebuild of that system was completed in November 1989.

In 1990, a friend advised Joe that he should embark on a career in sales and recommended that he join the Life Insurance company she sold for. He took her up on that advice and spent three weeks training and licensing in Albany New York.

Once out of training and sales school Joseph immediately became his regions top sales associate selling inexpensive accident and sickness policies. He won various production awards and recognition but quickly became disillusioned by selling small ticket polices while the country was fighting through a recession.

At the end of 1990 Joseph decided to embark on a different sales career in the precious metals industry; selling gold and silver bullion, and third party graded rare coins to investors and collectors throughout the United States. He became very successful brokering and building a book of over 200 buying clients over the next three years. He decided to partner-up with a friend and started their own firm in 1993. Over the next several years Joseph and his partner built the business up to over 25 sales associates and over five secretarial and administrative staff employees.

By 2001 Joe and his business partner ended their business association and went their separate ways still operating in the precious metals industry. While on vacation Joseph met his future wife and after a year of long distance dating moved to Philadelphia Pennsylvania to start a new chapter in his life.

It was during 2005 Joe started to feel stagnant and trapped in a business that he felt had no long-term future. In short, he wanted to start a career that was more fulfilling, still making a great living but also by helping people.

After a lot of research Joseph decided on Medicare insurance and retirement planning. He realized 10,000 people a day were turning 65 and had to retire but didn’t understand how it all worked. After submitting his resume to various career online-sites he was recruited by a National insurance carrier who specialized in senior health care. Joe started his career in April 2007 and instantly found success.

During his time as a captive agent he met Greg Gudis, another successful agent who started with the company a few months prior. After serious consideration Joe and Greg realized they wanted to offer their clients more options working with A-rated insurance carriers. In May of 2008 Joe and Greg formed BGA Insurance Group.

At first, they started working out of Joe’s house and by the next month opened the doors to their first location in Conshohocken Pennsylvania. Month by month Joe and Greg kept training and adding quality agents. The agency worked extremely hard during the stock market crash of 2008 but kept growing at a rapid pace. Today the BGA agency now has three locations in Conshohocken PA, Allentown PA, Cherry Hill New Jersey, and over 30 contracted licensed agents.

Joseph resides in Delaware County Pennsylvania with his wife Sandi and daughter Cameron.