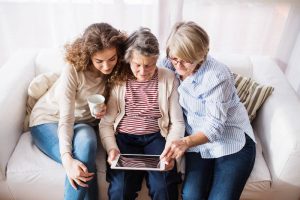 Having a mammogram is a routine check for women, especially after 40. In fact, it is as much of a routine as the prostate exam for men.

Even though Medicare has been around since 1966, some people have difficulties in understanding what it does and what it does not cover.

Because a mammogram is so important after one’s passed a certain age mark, the question on the lips of all women is whether Medicare covers 3D mammograms or not. The answer, right off the bat, is no. Now you’re probably wondering why.

The best thing to do is speak with a licensed agent from BGA Insurance Group about your plan so they can explain what coverage you have, or if you need new coverage.

There are 2 types of mammograms: screening and diagnostic. The 3D mammogram is a diagnostic mammogram, but many oncologists militate against it. From their standpoint, 3D mammograms are no more efficient than the 2D ones.

Medicare will cover a mammogram only if it’s a yearly, routine screening. If it’s a diagnostic, Medicare will not cover it. Other medical insurance programs shy away from paying for 3D mammograms, as well.

This is because so many oncologists have pointed out that they are as efficient as a simple 2D mammogram. Moreover, they mentioned that women expose themselves to a higher intake of radiation by undertaking 3D mammograms, given that these are done only as a combo with their 2D counterparts.

Paradoxically, this excessive subjection to radiation can cause breast cancer. Why would the combo mammogram be necessary? It’s simple: there’s not enough proof that the 3D mammogram is accurate enough on its own.

If you’ve ever stepped foot in a radiology center, you will have seen that the 3D mammogram was advertised everywhere as a better alternative to the 2D one.

How can that be when oncologists are all raging at the mere thought of women actually thinking that they’re doing themselves a favor by getting hit with huge doses of radiation?

It All Comes Down to Cost

A 3D mammogram machine costs a lot and needs frequent maintenance. If radiology centers would have to pay for said maintenance from their own pockets, their budget would take quite the hit.

However, if others pay for that in the form of fees, then everything’s alright. You shouldn’t believe in conspiracy theories or in antihuman theories, for that matter, but unfortunately, everything boils down to money.

To conclude, 3D mammograms are not covered by Medicare because 1) they’re diagnostic mammograms and this type is generally rejected by the program and 2) there’s more evidence as to their ineffectiveness and experimental nature than to their accuracy.