Understanding Medicare for All

I know you’ve heard this banter over the last two years or so, so let me ask you, what do you think about this idea? It means one plan for all. Are you comfortable with that?

One opinion could be that sounds great because that will fix the healthcare problem in this country once and for all. The other opinion you’ll likely hear is that would further put us on a downward spiral financially and create more animosity amongst Americans. 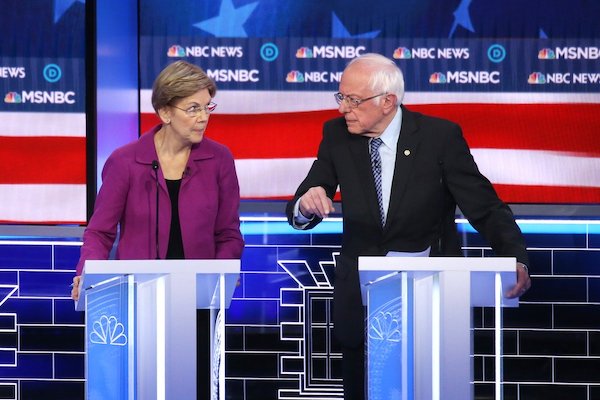 But based on facts, how would this affect you? It’s an ongoing battle right now between the left, right and independents.

If you watch any of the Democratic debates it has become a selling point for most of the candidates especially from the Bernie Sanders and Elizabeth Warren camps. On the right with Trump and the Republicans, they want to fix the current system by dumping Obamacare in the trash bin.

They feel the country has been duped by not being able to keep your doctors and rising costs of premiums and deductibles for the working-class folks who actually pay for the program. Trump feels opening up the borders for insurance companies will yield to more competition which would lead to more affordable healthcare.

Let’s look a little closer at what Sanders is proposing. Comprehensive benefits, tax financed, a replacement for all private health insurance as well as the current Medicare program, lifetime enrollment, no premiums, all state-licensed certified providers who meet eligible standards can apply.

Most people, whether you are Democrat or Republican, will have questions such as,

“Who will pay for it then?”

“You are going to replace my Medicare supplement plan?”

“But I like my supplement plan. Will this kind of Medicare for all plan water down expert medical care like it does in other countries?”

“Bernie has outlined “tax financed”, ok but does this raise my taxes?”

Most people who have seen this proposal have already asked, “ok, but how do we get there and what are the repercussions to me?” This is a country divided on this subject and as we get closer to November, I think most of the Democrats will obviously step up this rhetoric to garner more votes. But you need to ask yourself, is this right for the country?

Or, can the Republicans fix the current system, something they failed to do when Trump got elected into office.

Bernie Sanders claims his Medicare for all plan would save our country about $400 billion a year while preventing thousands of deaths a year. President Tump feels the best way is to maintain the private insurance coverage for the “individual” and create competition between insurers.  As a broker my clientele consists mostly of the Medicare eligible market, seniors who are aged 65 and older. So, I ask you for your input and opinions, what do you think?