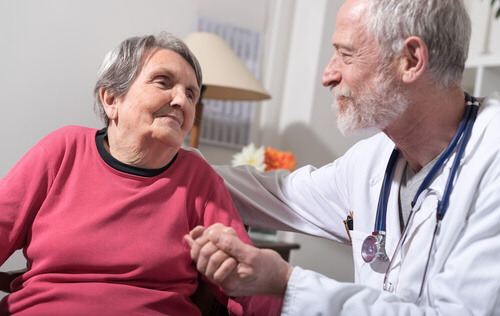 Medicare Part B “Excess Charges” is a term that you might encounter with Medicare Supplement, or Medigap, plans.

These are charges that a doctor adds above and beyond the Medicare-approved amount for a procedure or service.

Ok, so do you know what this actually means and how it affects you, the Medicare recipient?

When a provider accepts Medicare assignment rates , it means that provider won’t bill you above the Medicare-allowable rate by a participating provider.

However, in most states doctors, surgeons, specialists etc are allowed to bill 15% above Medicare’s approved amount for medical procedures.

If you don’t have a Medigap plan that has the Part B Excess Charges benefit you would need to pay out of pocket that 15% above the allowable rate. For example, let’s say a Medicare recipient is visiting a state where charging Part B excess charges is not prohibited.

The recipient decides to go for a walk or a hike and steps into a hole and breaks an ankle. The recipient naturally goes to an emergency room because most hospitals accept Medicare. The local surgeon looks at the ankle and determines there’s ligament damage along with the broken ankle.

It is up to the Medicare recipient to ask that provider the assignment question. It’s really quite easy, just ask the person in his or her office that handles billing/insurance.

If they see Medicare patients, they will know if they accept the Medicare-approved amount. Now of course if you have a stroke or get hit by a car it’s not even possible to ask that question and that’s why it is very important to have a Medigap plan to cover that benefit.

Which plan do you have?

As a broker I’ve seen many cases where people have been charged small increments of the excess charges where they add up to a significant amount. One case in particular I’ll always remember was when I was sitting with a potential client and he was looking for another Medigap plan.

While I was sitting at his table showing him more cost effective Medigap plans his phone continued to ring repeatedly during our meeting. I finally asked him if he wanted to answer that and he said “no, it’s just a collection agency trying to collect $5500 for a medical procedure” he had while he was on vacation in Florida a few months prior.

I asked him what happened and long story short he had to have an emergency gall bladder removal. He showed me his current Medigap plan which was Plan C and sure enough he didn’t have the Part B Excess Charge benefit covered. The collection agency was repeatedly calling him to pay the 15% over the covered amount that was owed to the doctor.

As I stated earlier most states in the United States do not prohibit providers from charging excess charges. However if you live in Connecticut, Massachusetts, Minnesota, New York, Ohio, Pennsylvania, Rhode Island, and Vermont, you do not have to worry about Part B Excess Charges.

However, I sell Medigap plans in the state of Pennsylvania and I still explain the benefit and suggest most people purchase a Medigap plan that cover those charges. Most people ask why, and I simply explain to them that when most 65 year olds retire they love to travel the first few years during their retirement, and you never know what may happen if you’re visiting one of those states.

It’s always best to err on the side of caution than to have to pay those unwanted medical expenses. If someone is much older and explains to me that their traveling days are behind them, then I may offer a less expensive plan such as Plan N which doesn’t cover Part B Excess Charges.

Either way I bet most folks have never heard of Part B excess charges, or if they did, they never understood them fully. When purchasing a Medigap plan it is imperative to have each benefit explained when scanning those Medigap charts. An informed educated and thorough broker would never avoid explaining the Part B Excess Charge benefit.